Halliday and Wagner Head up YRT in 2020

Competing on the acclaimed Yamaha YZF- R1M, a bike both riders are more than familiar with, Halliday and Wagner are primed for a successful season and already preparations have begun as both riders chase that elusive ASBK Superbike championship trophy.

Halliday continues his prosperous relationship with YRT for another season and after making huge strides forward in 2019, he is out for the ultimate prize in 2020. After winning the 600cc Supersport Championship in 2018, Halliday stepped back into the Superbike class in 2019 and instantly became a contender as he mixed it up with the more established names.

He led the championship at stages during 2019 on his way to claim fourth in the championship but feels he has learnt and grown from his experiences this season and that will put in him good shape heading into the 2020 season.

“It’s great to be back with the YRT crew and with the same bike and people that have been a big part of my racing in recent years,” Halliday begins. “I have familiarity in everything around me and both the bike and myself has been developed to the point where I think winning the 2020 Superbike championship is a realistic and achievable goal.

“I gained valuable experience in 2019 and maybe the biggest thing is consistency and that every point is valuable. Mike won the championship this year with an average third place finish across the season, so you need to be up the front in every race of every round to be in contention.

“I know we have a great starting point with the Yamaha R1M and that YRT will continue to work hard and give me the best motorcycle on the track.

“We start racing again in February but I’m motivated and have already started training for a huge season ahead and can’t wait to be back on the grid and racing again,” Halliday signs off.

25 year old Queenslander, Aiden Wagner, will join YRT for the 2020 season and keen to establish himself in the premier road racing division in Australia. Wagner was competing in Europe for the past few seasons before returning to Australia at the start of the 2019 Superbike Championship.

Wagner showed he had the speed to mix it up with the big names in the Australian Superbike Championship when in his only 2019 appearance at the opening round at Phillip Island, Wagner dominated proceedings, taking all three race wins and impressing with his aggressive, take no prisoners, style of racing.

Injuries have hampered his results in recent years, but he took the majority of the 2019 season off to recover and rehab his injuries and is now 100% fit and desperate to make the most of his opportunity with YRT.

“I’m excited and proud to have come to an arrangement with the Yamaha Racing Team and look forward to working with an experienced and professional race team to take my racing to the next level.

“Last year when I returned to Australia, I wanted to race the Yamaha R1 as it was the bike I felt most comfortable on and now to get a reward to be on the factory team is amazing and takes a lot of pressure from my shoulders. All I have to worry about now is going fast and staying on.

“Its great that the team is also based here in Queensland near me so I can build a good relationship with everyone and believe this will be the start of a long and successful relationship for both myself and YRT.

“I started the championship strongly in 2019 before I got injured, but I’m now back to full fitness and my body is in good shape, so now my goal is to carry that throughout the season and do my best to secure the Superbike championship for Yamaha and myself in 2020,” He says determinedly. 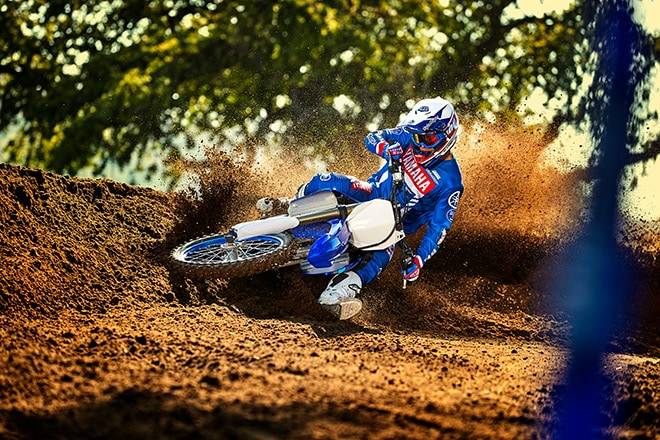 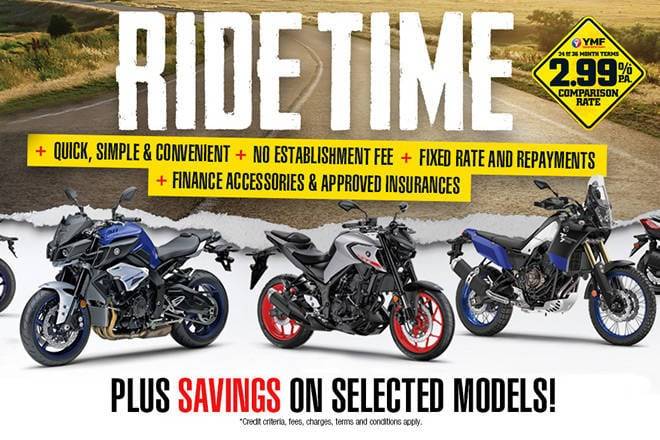 Score a great deal with 2.99% p.a. comparison rate finance on selected Yamaha road models with savings of up to $1000 available. 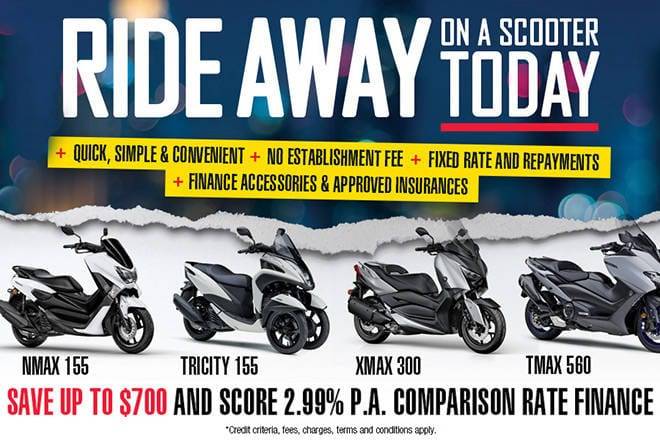 Score a great deal with 2.99% p.a. comparison rate finance on all Yamaha scooter models with savings of up to $700 available. 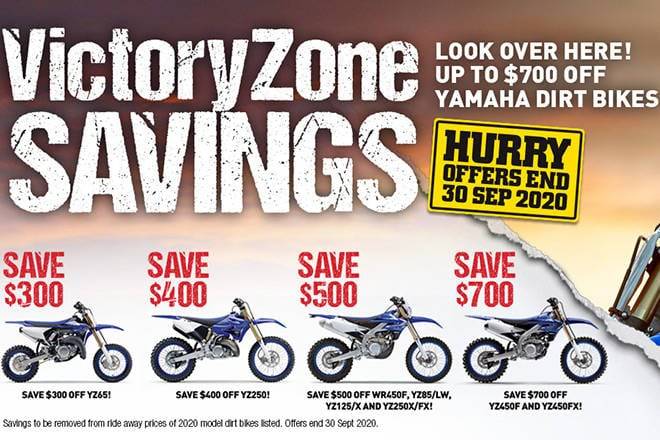 Grab a get deal on the range of Yamaha motocross and enduro models with savings of up to $700.